To share your memory on the wall of Walter Cronk, sign in using one of the following options:

Walter is proceeded in death by his wife Sharon Cronk, and parents Warren and Clara Chase-Cronk, daughter, Yulanda Jean, and seven siblings.

A memorial service will be held at 2:00 p.m. on Saturday, September 5th, 2020. At the Farmington Cemetery grave site in Mindoro, WI. Online condolences may be held at www.fossumfuneralhome.com
Read Less

Receive notifications about information and event scheduling for Walter

We encourage you to share your most beloved memories of Walter here, so that the family and other loved ones can always see it. You can upload cherished photographs, or share your favorite stories, and can even comment on those shared by others. 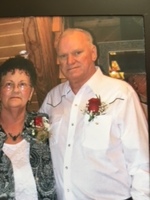