To share your memory on the wall of Verona Helming, sign in using one of the following options:

Verona is survived by her 4 children and their families: Calvin, Jr. of West Salem, WI; John (Patty) Helming and their sons Stephen (Tiffany Everson) Helming and children Calvin and Tolena of West Salem, WI, and Sam (Victoria) Helming of La Crosse; Tim (Jill) Helming of Onalaska, WI and their children T.J. of La Crosse and Ben (Jess) Helming of Madison, WI; and Pete Helming of St. Paul, MN; two great grandchildren and one on the way. She is also survived by 2 brothers Dick Spradau of Plymouth, WI and Ralph (Tina) Spradau of Wentzville, MO; a Brother-in-Law Lester (Bonnie) Brannen of Jackson, MS; and nieces and nephews.

She was preceded in death by her parents, husband the Rev. Calvin Helming on June 18, 2012, a son Stephen Paul Helming, and sisters: Barbara Brannen and Nancy Spradau.

A memorial service will he held at a later date. Burial will be in the Immanuel UCC Cemetery in Herman Township, Sheboygan County, WI. The Fossum Funeral and Cremation Service of Onalaska is assisting with the arrangements. Online condolences may be left at www.fossumfuneralhome.com.
Read Less

Receive notifications about information and event scheduling for Verona

We encourage you to share your most beloved memories of Verona here, so that the family and other loved ones can always see it. You can upload cherished photographs, or share your favorite stories, and can even comment on those shared by others.

Posted Oct 17, 2020 at 12:00am
So sorry to hear about Veronas passing.Being her cousin I have fond memories of her and her family at special gatherings and family reunions. My deepest sympathies to her entire family.
Larry and Sharon Zwerg
Comment Share
Share via:
SC

Posted Oct 12, 2020 at 08:29pm
My deepest sympathy on the death of Verona. I worked with her at Hillview Health Care Center. She was a fabulous caring person. She spent many hours working with the dementia patients. Her soft-spoken voice was so calming. She had a gift for getting residents to reminisce. Often I could hear much laughter and singing going on during the activities. Verona and her husband were a Godsend to our facility. Rest in peace.
Sheri Crary
Comment Share
Share via:
SS

Posted Oct 11, 2020 at 10:11am
Dear, dear Verona! Another angel at heart has joined God's kingdom. I served on a number of ministries at First Congregational Church with Verona. Her calm, soft spoken words carried a lot of weight during discussions. She was a great listener! I will never forget her and Cal coming to see me in the hospital after an operation. Her beautiful smile, her giving heart. They will be greatly missed!💖☺. Sympathy at the great loss, but God's huge gain, to the Helming family. Peace to you all!
Comment Share
Share via:
M

So sorry to hear of the passing of Verona. She was a kind and caring person. She always had a smile on her face! my condolence to her family and friends. Mark J Karsak 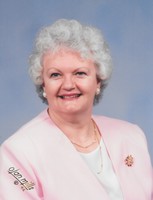