To share your memory on the wall of Thomas Stellflue, sign in using one of the following options:

Tom enjoyed playing softball, camping with his family and friends, and hunting with his sons and grandchildren. Later in life, he enjoyed woodworking and yard work. He and Nancy lived their entire life in Ettrick; and he cherished Ettrick and all that it embodied. There was always a party of some sort that he and his friends and family would attend. He was a long-time member of both the Ettrick Fire Department and the Ettrick Rod and Gun Club. Tom was lifelong member of St. Bridget’s Catholic Church. He was also on the Ettrick Village Board for many years. He loved spending time with his grandkids.

He is survived by his loving wife, Nancy L. (Bleken) who he married on June 20, 1964; his children, Greg and Vicki (Meinertz), Kelly Stellflue and Jeff Burks, and John and Caralyn (Stensven); his grandchildren, Zachary, Jordan, Hannah, Carissa, and Katelyn; his siblings, Betty (Ronald) Ingham, Susan (Dick) Teska, Mary (Ted) Twesme, and Michael (Candice) Stellflue; his sisters-in-law, Rose Stellflue, Judy Bleken and Gloria Dale as well as many loving nieces and nephews and extended family. He is preceded in death by his parents; his sister, Joanne Kern; brother-in-law; Art Kern; his brother, Robert; his sister-in-law, Mary Emmons and brothers-in-law, Dewey Emmons, John Bleken, and Gerry Dale.

A Mass of Christian Burial will be celebrated for Thomas at ST. BRIDGET’S CATHOLIC CHURCH, 22650 Washington St., Ettrick, at 11:00 A.M. on Monday, December 31, 2018, with Father Amalraj Antony presiding. Burial will follow at ST. BRIDGET’S CEMETERY following services. Visitation will be held at the church on Sunday, December 30, 2018, from 3:00 pm to 6:00pm and again on Monday from 10:00 am until the time of the service. Online Condolences may be left at www.fossumfuneralhome.com.
Read Less

Receive notifications about information and event scheduling for Thomas

We encourage you to share your most beloved memories of Thomas here, so that the family and other loved ones can always see it. You can upload cherished photographs, or share your favorite stories, and can even comment on those shared by others.

The Teska Family, John & Karen Mich, and other have sent flowers to the family of Thomas A Stellflue.
Show you care by sending flowers

Posted Dec 31, 2018 at 09:25am
Nancy and family - My deepest sympathy. Death leaves a heartache, but love leaves many memories no one can steal. God bless your treasured memories. May those memories and the Resurrection promise bring you comfort and peace in the days ahead. Lynnae Schatz
Comment Share
Share via:
GE

Posted Dec 30, 2018 at 01:53pm
Tom and I, along with Condy and Peggy, were classmates from first grade through high school. We fought as youngsters but always respected one another. Now only two of us are left.
I am sad to hear that Tommy has passed. Now he is in a better place. My condolences to his family.

Posted Dec 29, 2018 at 10:43am
John, Caralyn, Carrisa, and Katelyn you have our deepest sympathies. The Pohnls Tom, Lori, Mary,Derrick, Bobbi,Raphael,Danny and Stephanie

Flowers were purchased for the family of Thomas Stellflue. Send Flowers

Posted Dec 28, 2018 at 11:51pm
Nancy and family- a beautiful tribute about Tom. Your home was always a welcome place ! You are in our thoughts.
Mary Jo and Steve Mickschl and family
Comment Share
Share via:
TF

The Teska Family purchased flowers for the family of Thomas Stellflue. Send Flowers 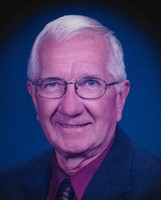 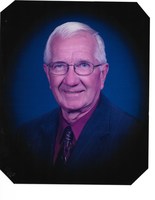 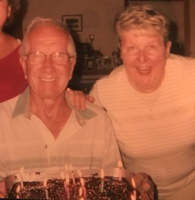 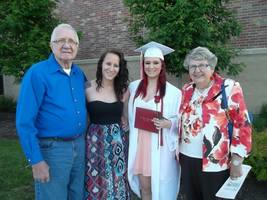