To share your memory on the wall of Leland Briggs, sign in using one of the following options:

Print
The spirit of Leland Jerome Briggs, 79, has flown high, beyond the sky, into everlasting peace. He leaves behind a family who has always depended on his strength of character, wisdom and love.

Leland was blessed to grow up in the small ... Read More
The spirit of Leland Jerome Briggs, 79, has flown high, beyond the sky, into everlasting peace. He leaves behind a family who has always depended on his strength of character, wisdom and love.

Leland was blessed to grow up in the small town of Ettrick, WI and could always count on his childhood friends for skating, skiing, swimming, fishing and all around fun. In his adult years his favorite memories were playing for Irv’s Bar Softball Team where his pitching skills helped bring home many victories, fishing in the North American Walley Tournament in La Crosse where he placed fourth and hunting with his sons and grandsons. He worked many years as a supervisor in local industries including ETCO and TRW.

He graduated from Gale Ettrick in 1957 and proudly served four years in the U.S. Navy. His marriage to Carolyn Mitchell followed, and they were blessed with Sally (Bob) Le Tendre of Racine, David (Amy) Briggs and twin brother Darrin (Missy) Briggs both of Onalaska. Leland enjoyed spending time with his six grandchildren: Jonathon and Lauren Le Tendre, Cameron and Karli Briggs and Landon and Carter Briggs. He also leaves behind his brothers John O. Briggs of Grand Prairie, TX and Russell Briggs of Columbus, OH and many loving nieces and nephews. He was preceded in death by his parents Sidney and Irene (Nelson) Briggs, brothers Robert and Curtis Briggs, a sister Patricia and an infant son Daniel.

Leland had strong passions in life; family, the great outdoors and a work ethic beyond reproach. His passing leaves a void that can never be filled.

A memorial Mass will be held at 1:00 pm on Saturday, February 2, 2019 at St. Bridget’s Catholic Church in Ettrick, with Father Amalraj Antony presiding. Friends may call at the Church on Saturday, from 11:00am until the time of the services. Burial with Military Honors will be held at a later date.

The family would like to thank the Ettrick Fire Department and G.E.T. First Responders, the wonderful staff at Gundersen Health System for their care and compassion and the Veterans Administration.

Memorials can be directed to St. Bridget’s Catholic Church, the Ettrick Fire Department or the G.E.T. First responders.
Read Less

Receive notifications about information and event scheduling for Leland

We encourage you to share your most beloved memories of Leland here, so that the family and other loved ones can always see it. You can upload cherished photographs, or share your favorite stories, and can even comment on those shared by others.

Flowers were purchased for the family of Leland Briggs. Send Flowers

Posted Jan 31, 2019 at 11:03am
With loving memories of Uncle Leland, our thoughts and prayers are with the entire family.

Posted Jan 31, 2019 at 09:47am
Served his country,raised his family was an asset to all..."No Finer Man Walked"
My heart goes out to those who were dear to him.... a loss for us all....
But let's not forget,he's with the Lord now and always in our hearts...
Bill larson
Comment Share
Share via:
EL

Posted Jan 31, 2019 at 09:39am
RIP Mr. Briggs. You can rest now and watch your children and grandchildren grow. You will be truly missed by everyone.
Eric, Hart, Will, and Kent Larson
Comment Share
Share via:
EL 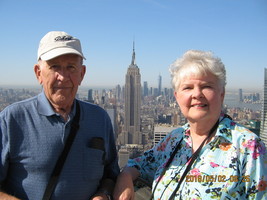 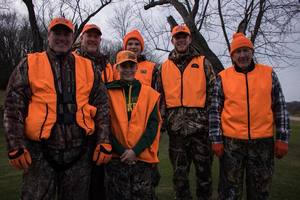 Dad was an outdoorsman through and through!
Family was important.
79th Birthday
6
4
+2
Add Photos
Upload up to 10 images at a time, max 8MB each