To share your memory on the wall of Lee Koltermann, sign in using one of the following options:

Friends may call at the Fossum Funeral and Cremation Service in Onalaska from 12:00 noon until 3:00 pm on Saturday, September 7, 2019. Family graveside services will be held in the Burns Cemetery in Bangor. Online condolences may be left at www.fossumfuneralhome.com.
Read Less

Receive notifications about information and event scheduling for Lee

We encourage you to share your most beloved memories of Lee here, so that the family and other loved ones can always see it. You can upload cherished photographs, or share your favorite stories, and can even comment on those shared by others.

Posted Sep 06, 2019 at 09:17am
My deepest sympathy to all of you. Lee was always so full of life and brought a smile to everyone. Thinking of you all.
Sincerely, Laurie (Solberg) Krueger
Comment Share
Share via:
HS

Posted Sep 06, 2019 at 04:20am
Wishing you peace to bring comfort, courage to face the days ahead and loving memories to forever hold in your hearts.

Flowers were purchased for the family of Lee Koltermann. Send Flowers

Posted Sep 05, 2019 at 09:47am
Lois and all the family I am so sorry to hear this news this morning. I wish there was a way for me to make it Sat. Unfortunately I will be attending another funeral for a friends Mother the same day and singing that afternoon as well. My heartfelt thoughts and prayers are going out to all of the family as I consider myself as part of your family and everyone treated me as such. A hug to you Lois as I know a parent never wants to experience this loss. Lee was a good friend to me and I'm so sorry th hear this news...God Bless all of you....Dan Berger....
Comment Share
Share via:
JR

Posted Sep 05, 2019 at 08:07am
Lee will forever hold a place in my heart. He was one of the two key components in helping my brother when he needed a friend the most. I often think of lee and feel he will always be a part of our family... godspeed 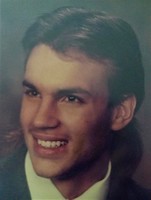