To share your memory on the wall of Kenneth Nichols, sign in using one of the following options:

Print
Kenneth Martin Nichols passed away surrounded by family on Wednesday, April 22, 2020. He was born in St Charles, MN on September 11, 1939 to Marvin and Leona (Rinn) Nichols.

Ken had fond memories of working on his uncle’s farm durin... Read More
Kenneth Martin Nichols passed away surrounded by family on Wednesday, April 22, 2020. He was born in St Charles, MN on September 11, 1939 to Marvin and Leona (Rinn) Nichols.

Ken had fond memories of working on his uncle’s farm during summers when he was a teenager. After high school, he served in the US Army and Wisconsin National Guard.

Ken married the love of his life Kathryn Schuppel on March 17th, 1962 in Onalaska, WI. They celebrated 58 years of marriage last month.

A natural salesman, Ken was co-owner in multiple businesses including Exterior Home Designs in Holmen.

He was avid Packer fan and enjoyed golfing, being captain of his pontoon boat, fishing and playing cards with his many friends. He was known for hosting a fun safety meeting and was affectionately known as “Chief” when hosting Christmas pool tournaments.

Ken was a cherished husband, father and grandfather. He is survived by his loving wife Kathy; his four sons, Dan (Sandy), Chris, Randy (Sheri), and Chuck (Tammy) and nine grandchildren; Matthew, Lucas, Jacob, Derek, Erica, Zach, Erin, Ben (Abby) and Charlie Jr. He is further survived by two brothers; Arvard (Beryl), and Roger as well as many nieces, nephews and extended family. He was preceded in death by his parents, bothers Beauford “Butch” (Terri), LaVerne “Jim” and Harold “Harry” (Cyndy) Nichols.

Receive notifications about information and event scheduling for Kenneth

We have provided a digital copy (PDF) of the Memorial Program that we supply at the time of the service. To Download this file please click the filename below.

The insignias listed here may be subject to copyright and/or trademarked. Those copyrights and trademarks are owned by the respective organizations.

We encourage you to share your most beloved memories of Kenneth here, so that the family and other loved ones can always see it. You can upload cherished photographs, or share your favorite stories, and can even comment on those shared by others.

Posted Apr 24, 2020 at 10:46am
Sending condolences to the family of Kenny Martin Nichols. Blake and I are so very sorry for you loss. May you find peace and strength during this trying time. Love Blake and Kate Nichols
Comment Share
Share via: 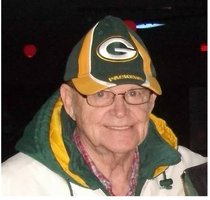