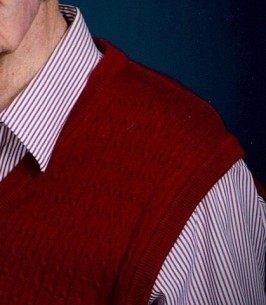 Memorial Candles Lit for John | SEE ALL
Light a Candle
"We are honored to provide this Book of Memories to the family."
— Fossum Funeral and Cremation Service
Funeral Details Memory Wall Photos & Videos Send Flowers

John was born the only child to Lewis and Gerda (Oppegaard) Sander on August 28, 1934. He was raised on the family farm in German Coulee and later moved to the village of Ettrick. On April 2, 1954, he married the love of his life, Marilyn Blankenhorn, at French Creek Lutheran Church.

John drove fuel delivery truck in his early years before he became the manager of a bulk fuel oil and furnace repair business in Ettrick. He also managed John’s One Stop on Highway 53 for over 35 years. John was a compassionate businessman and always enjoyed chatting with his customers. In addition, John was active in Ettrick community organizations including Lions Club, Volunteer Fire Department, Businessmen’s Association, Ettrick Housing (serving as president for many years), Ettrick Mutual Insurance board, and Ettrick Cemetery Association board. He received several recognitions but was most proud of the Melvin Jones Award, Lion of the Year and Citizen of the Year Award. He was a life-long member of Living Hope Lutheran Church.

Twenty-four hours in a day was definitely not enough time for John. Besides his business and community commitments, his true passion was for the land and animals. For years, he farmed alongside his father, Lewis, first in Ettrick and then on the Blankenhorn family farm in Galesville. John and Marilyn took great pride in the farm and renovated it. Over the years it has become a gathering spot and hub of activity for the entire family. He enjoyed spending time with his grandchildren on the farm, passing on his love of animals.
John was loved by his wife and children, and adored by his grandchildren and great-grandchildren. His warm smile and tender heart will be missed by all.

Funeral service will be held at 11:30 am on Saturday, October 20, 2018 at Living Hope Lutheran Church in Ettrick, WI. Visitation will be on Saturday from 9:30 am until 11:30 am at the church. A gathering of friends and family will follow the service.

We encourage you to share any memorable photos or stories about John. All tributes placed on and purchased through this memorial website will remain on in perpetuity for future generations.

AZ
Dear Marilyn and family, we are thinking of all of you and finding great warmth in all the family memories we hold dear. God bless you all during this difficult time.
Hugs and blessings, Annie and family
Annie Zeman - Tuesday October 16, 2018 via Condolence Message
Share This:
1
Page 1 of 1
Share
×

Thank you for sharing!

Or use your email:

Connect with families at their time of loss. By subscribing to email updates, you will receive two daily updates containing all new stories, photos, candle lightings, condolences, and more.