To share your memory on the wall of James Haas, sign in using one of the following options:

He married Patrice Will in Merrill. They later divorced. He married Patricia “Patti” Burbach in Sedona, Arizona, who survives. He is further survived by his sons: Christopher (Angela), Burnsville, MN and Scott (Katie), Prior Lake, MN. Grandchildren Jacqueline and Dominic. Sister, Mary Ann Detert, Wausau, Wi and brother Donald (Elaine) of Weston, WI. Step-daughter Jessica (Darren and grandchildren Braedon and Mikenna) Kohlenberger of Indianapolis, nieces and nephews. He was preceded in death by his parents, a sister, Helen, and brothers Franklin and Thomas. He is also survived by Patti’s German son, Tony Klebenow of Berlin.

At the time of his death, he was President of Jim Haas Associates, Inc. of La Crosse, Arcadia and the Cashton/Sparta area; Managing Partner of Robinson & Haas of Black River Falls and Neilsville; Partner in First Street Investments of Black River Falls and the Aichalden Group of La Crosse. He was also President of Adventure Capital LTD and Consolidated Heat Treat, Inc., Mid-America Industries, Inc. and Mid-America Core & Mold Inc.; Past Treasurer & Production Manager of Modu-Line Windows of Wausau and various other organizations.

He had been active in many organizations including Jaycees, Lions, Kiwanis and La Crosse Citizen Advocacy. He also served as a Board Member and officer of the Pump House Regional Arts Center and La Crosse Youth Symphony. He was active in the Winona Knights of Columbus Club and was past Faithful Navigator of the Bishop Kelly Assembly – 4th Degree KC’s.

Receive notifications about information and event scheduling for James

We encourage you to share your most beloved memories of James here, so that the family and other loved ones can always see it. You can upload cherished photographs, or share your favorite stories, and can even comment on those shared by others.

Posted Dec 04, 2020 at 09:10pm
My husband, Drew, and Jim were good buddies; we spent a few weekends with Jim and Patti in Lanesboro and enjoyed those times together. Drew was privileged to be best man at Jim and Patti's wedding in Sedona, AZ. That was a memorable time for us. Drew and Jim had their last dinner together a year ago, not knowing it was Drew's last evening on this earth. Jim was so helpful after Drew passed with getting his van out of impound and driving it to Winona to Drew's office there. I am sorry for your loss. He will missed by his family, friends, and associates. Marilyn
Comment Share
Share via: 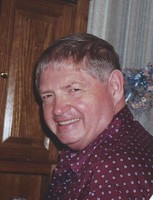