To share your memory on the wall of Eugene Falkenberg, sign in using one of the following options:

In addition to his parents, Gene was preceded in death by a toddler son David Eugene Falkenberg, a granddaughter Ruth Marie Wilde Webber and two brothers Joseph and LaVern Falkenberg.

Funeral services will be held at 1:00pm on Thursday, January 30th, 2020 at St. Paul’s Ev. Lutheran Church in Onalaska. The Rev. Olson will officiate. Burial will be in the Cornell Cemetery at a later date. Friends may call at the Fossum Funeral and Cremation Service in Onalaska on Wednesday from 5:00 pm to 7:00 pm and again at the church on Thursday from 12:00 pm until the time of the service.

The family requests that memorials be directed to the Luther High School Building Fund.
Read Less

Receive notifications about information and event scheduling for Eugene

We have provided a digital copy (PDF) of the Memorial Program that we supply at the time of the service. To Download this file please click the filename below.

Donations are being accepted for: LUTHER HIGH SCHOOL (H008).

We encourage you to share your most beloved memories of Eugene here, so that the family and other loved ones can always see it. You can upload cherished photographs, or share your favorite stories, and can even comment on those shared by others.

Love from the children of Lyle & Erma Seidlitz sent flowers to the family of Eugene Carl "Gene" Falkenberg (Grumpy Grandpa).
Show you care by sending flowers

Posted Jan 29, 2020 at 08:36pm
I was lucky enough to meet Gene, a longtime friend of my Father, Leon Frion. We met in Holcomb at their class reunion. It was the only reunion my Dad made! It was great hearing the stories of my Dad, Gene and Dick. Gene was so friendly and wrote a wonderful poem of the good ol’ days. We now have lost all three of this honorable men. My what a heavenly reunion. Our condolences to Genes wife Betty, his family and all who loved him. Gods Peace.
Comment Share
Share via:
HS

Flowers were purchased for the family of Eugene Falkenberg. Send Flowers

Love from the children of Lyle & Erma Seidlitz

Love from the children of Lyle & Erma Seidlitz purchased flowers and planted a memorial tree for the family of Eugene Falkenberg. Send Flowers

Posted Jan 27, 2020 at 12:48pm
Betty and family,
I am sorry to hear of your losing Gene. We have been sharing rides to and from Lions Camp for over a dozen years. He called himself the "Grumpy Grandpa", but I sure didn't see any Grumpiness. At Lions Camp he got me involved in playing cards getting to know fellow campers. Gene was a nice guy to know, and he was very proud of his family.
I have emailed several Camp friends and I am sending a memorial to Wisconsin Lions Camp in his memory.
Dave Cooley, Black River Falls,WI

Posted Jan 26, 2020 at 10:09pm
Betty & family - my parents - Harlie & Jean Getter enjoyed having you as neighbors! My dad passed away in 2018. My mom is in assisted living and sends her condolences. Lori Getter
Comment Share
Share via: 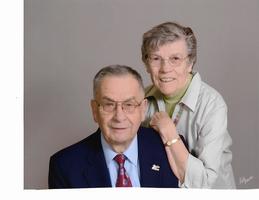 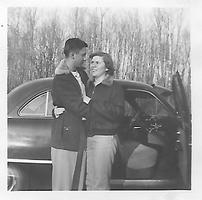