To share your memory on the wall of Dianne Glomstad, sign in using one of the following options:

Dianne and Byron bought a home in Midway, WI. Where they raised their three children. Dianne’s greatest joy in life was being a mother. She enjoyed spending time with her family, especially her five granddaughters and six great-grandchildren who were her pride and joy. Dianne was such a kindhearted, caring person who will be missed dearly.

She was preceded in death by her loving husband of 58 years, Byron, her parents Louis and Elizabeth Lauritzen; two sisters Ruth and Gloria; a granddaughter Amy Glomstad.

Private services will be held at the Fossum Funeral and Cremation Service in Onalaska, WI. The Rev Matt Toso will officiate. Burial will follow in the Long Coulee Cemetery in Holmen, WI. Online condolences may be left at www.Fossumfuneralhome.com.
Read Less

Receive notifications about information and event scheduling for Dianne

We encourage you to share your most beloved memories of Dianne here, so that the family and other loved ones can always see it. You can upload cherished photographs, or share your favorite stories, and can even comment on those shared by others.

Posted Feb 03, 2021 at 03:00pm
We are sorry for your loss. You are in our thoughts and prayers. Gary and Lynn Dettinger and Barb Dettinger
Comment Share
Share via:
MH

Posted Feb 03, 2021 at 07:56am
So sorry about loss of your mom. Have a lot of good memories of your parents. Thoughts and prayers for your family.
Comment Share
Share via:
DP

So sorry to hear of your mothers passing always remember the midway neighbors. My deepest sympathy to all the family at this hard time. 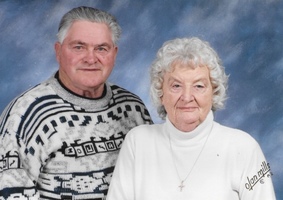