To share your memory on the wall of Daniel Smith, sign in using one of the following options:

Provide comfort for the family of Daniel Smith with a meaningful gesture of sympathy.

He was preceded in death by his parents and 3 infant siblings. He is survived by Aunts Betty Smith of Ettrick, Wi and Sybil Beirne of Portage, Wi; many cousins including his guardian Marge and Bob Lakey.

Dan enjoyed collecting model cars and knew the make and model of all cars. He especially liked John Haug’s model A and always asked John if he had brought the model A. Dan also enjoyed his bus trips to Branson, MO, country music, driving his scooter around town and Friday night fish fries.

A memorial service will be held at 11:00 am on Friday, December 14, 2018, at the Fossum Funeral and Cremation Service 510 2nd Ave. S. Onalaska, Wi. Pastor Carl and Barbara Stone will officiate. Friends may call at the funeral home on Friday from 10:00am until the time of the service. Food and fellowship will follow at the funeral home. Burial will be in St. Bridgett’s Catholic Cemetery in Ettrick.

Thank you to all of Dan’s caregivers over the years, in Arcadia, Black River Falls, La Crosse, Galesville and the Marinuka Manor
Read Less

Provide comfort for the family by sending flowers

We encourage you to share your most beloved memories of Daniel here, so that the family and other loved ones can always see it. You can upload cherished photographs, or share your favorite stories, and can even comment on those shared by others.

Posted Dec 12, 2018 at 09:05pm
I am truly sorry for the loss of your loved one, Robert Smith. Death is the hardest thing we have to deal with in life. I pray the promises in God’s word the Bible will help you to cope. At John 5:28, 29 we are given the hope of seeing our loved ones again, as we are told “all those in the memorial tombs . . . will come out” at a time when sickness, pain and death are a thing of the past and peace will prevail. (Isaiah 33:24 and Revelation 21:4) I hope these promises bring comfort and hope to your heart.
Comment Share
Share via:
E 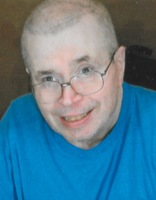 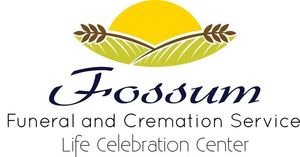